The Mill Hill Traders Group have announced this weekend that they are entering into a new partnership to produce a VISITOR GUIDE to come out in JULY 2020 based on the Mill Hill Guide.

The current advertisers will all receive a free advert in this version which will go to print and be available online.  In addition there are 4 pages of adverts which are available to book from the Mill Hill Guide Team.

This special Guide is now in preparation and its new contents will be revealed shortly before it is published !

The Team behind the successful launch of the 2020 Guide said that they are really pleased with the way the launch has gone and the new website in particular is getting loads of traffic and great comments by people using the contact form.

The Guide launched a new Facebook page for the area this month and already it has 100+ followers and likes.  It is shaping up to be one of the quickest growths of any Facebook page in the area ever. If you are on Facebook then head over and give it a like ! 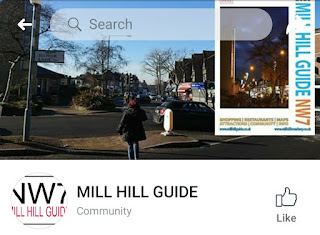 This site continues to support the Mill Hill Guide and is happy to be part of the team publishing the most successful promotion in the history of the area.

The new edition of Mill Hill Today is now out. 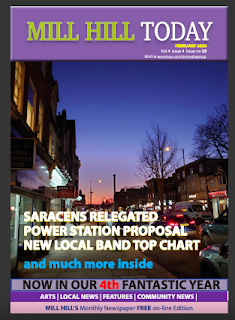 The local online newspaper Mill Hill Today has announced that it is allowing all organisations and charities FREE adverts in 2020.   Up until this year it has generally been for contributors only. The free adverts are sponsored by the Mill Hill Traders Group who are behind the incredibly successful launch of the Mill Hill Guide 2020.

In order to advertise FREE then organisations/charities should send their advert as a JPEG or PDF file in A4 Portrait or A6 Portrait or A5 Landscape to info@millhillguide.co.uk   in the middle of the month before the edition they wish to be in.   Any later than this then it may be pushed back a month,

LARGE INCREASE IN READERSHIP in 2019

Mill Hill Today announced an average readership in 2019 of 5,000 an issue with a peak of 8,000 !   The newspaper/magazine which has now been in existence for 4 years and published by the Arc Media Group Mill Hill Site on ISSUU goes from strength to stregthg.  Over 50 people have written for the newspaper since it started in 2017 and there are 8 regular monthly contributors / features.

ABOUT MILL HILL and NEWS

Mill Hill is a very small area of under 20,000 people so a monthly publication like this is vital because commercially the area is too small to support a newspaper.  In fact the Borehamwood Times now covers most of NW London and so it can feature very few Mill Hill stories or news.  It is therefore not a rival - but a complimentary one.

Anyone can write for Mill Hill Today as it has an open editorial policy - if you wish to write then please get in touch at info@millhillbroadway.co.uk

The locally based London Pro Arte Choir are holding a Burns Night Celebration on Saturday 1 February at the Hartley Hall.

Tickets are £15 email address for tickets is
Social@lpac.org.uk 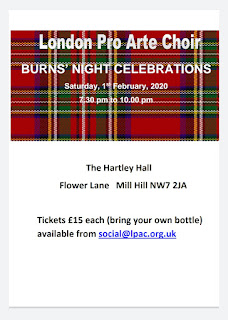 The area has been discussing the proposed upgrade and Gas Plant proposed off Partingdale Lane feverishly in the last week.

We have waited for the two main groups to investigate the proposals and give their views.  The Preservation Society published how to engage with the process and now we have some hard facts about what this Power station means for the area from the Mill Hill Neighbourhood Forum ( who still exist and you can join their committee ready for their designation later in the year.

This is their report [Unedited ] and if making a comment ( LINK BELOW) about the plans this can be referred to as a problem for the area.   We agree that more power and upgrading is needed but not at the expense of more pollution for the area - so we think this is very important for the Council.
Source : MHNF Facebook Page

Planning Application: “Gas Peaking Plant” 19/6641/FUL
According to the information contained in the application the power-station would emit the same daily amount of NOx that 463,000 standard petrol vehicles, each driving 5km in the area, would emit in one day.
The atmospheric dilution mechanism of this emission and pollutant distribution needs technical modelling and studies which take time and resources, but the attached wind-graph diagram shows, that pollution passes through many of the dwellings situated in the south-west of the proposed site.
NOx intake is a proven carcinogenic factor which also contributes to many respiratory problems. The published permitted levels are based on a cost-benefit analysis and are not a health threshold.
This plant doesn't have specific benefit for the local area and just degrades the local environment. The basic concept of the National grid is that it can be built anywhere, with lower exposure to residential areas.
The area's wind-rose graph (see photo-below - taken from the Planning Application documents), shows the dominant wind direction sweeps any emissions from the proposed new Power Station to be built off Partingdale Lane, Mill Hill, towards IBSA, Millbrook Park and may other houses along the Ridgeway, Bittacy Hill and nearby areas.
Here is a simple calculation about the proposed power station emissions based on figures provided in documents provided with the application:
Pollutant Emissions (Ref. Appendix C - Air Quality Assessment Mill Hill Gas Peaking Plant)
NOx : 5.2g/s+4.2g/s=9.4g/s (of two sets of stacks)
CO : 21.6g/s+18g/s=39.6g/s (of two sets of stacks)
Average Daily Emissions (assuming the power stations is operation for 1500hr/year based on the planning documents) :
NOx : 9.4 x 3600 x 1500 / 365 = 139,068 g/day
CO : 39.6 x 3600 x 1500 / 365 = 585,863 g/day
For comparative purposes, EURO6 standard vehicle emission limits are :
NOx : 0.06g/km
CO: 1g/km
This means the power plant operation is equivalent of :
NOx: 2,317,808km/day
CO: 585,863km/day
Assuming each vehicle drives 5km/day in Mill Hill area, this level of pollution emission is equivalent to :
based on daily NOx emissions : about 463,000 standard vehicles
based on daily CO emissions : about 117,000 standard vehicles
This is not a technical method for calculating the pollution emissions for such projects, but the above simple calculations would give a comparative idea against our day-to-day experience.
One may suggest vehicle emissions are mostly important at road-side locations and dissipate with distance from the roads, but no one can ignore the air pollution effect of so many vehicles in a town or near a busy road. This power station gives the same impact to the area.
This pollution will be diluted over the area's atmosphere, but the pollution concentrations will be still very high near the power station, threatening the health of the local residents.
Such pollution sources must be kept away from populated areas. The emission is not at the street level, but from a 11m stack. The height of the emission contributes to lower concentrations on the ground level. Still, we can consider that effect as that number of vehicles passing through a fly-over at a height of 11m, which is quite normal!
Previously the applicant was allowed to avoid producing an Environmental Impact Assessment by Barnet Council’s Planning Department. This decision needs to be reversed and a very full EIA assessment completed before this application can be considered further.
We have sent these calculations to the Council. Perhaps the developer can refute them but they are based on figures from the application.
We encourage all Millhillians to also write to the Council to oppose this development.
https://publicaccess.barnet.gov.uk/online-applications/ using reference 19/6641/FUL
Alternatively, email the Planning Case Officer: mark.springthorpe@barnet.gov.uk

Well worth a read featuring shops, businesses and pubs/ restaurant in the area plus organisations and events in 2020.

The Guide updates daily in their busy Facebook page which has over 4,000 visits a month and around 100 likes in the first three weeks of the year - do follow this for offers and events information for the area.  If you want to post your events on there free of charge then contact the Guide at info@millhillguide.co.uk

Go to it here

The news this weekend that Saracens have been regulated has come as a major shock to fans and local businesses.

Saracens have been fantastic in our community. Supporting the area. The fans have helped keep many businesses afloat during the recession.

The clubs achievements have been inspiring as well.

This site and local traders stand with the club in their hour of need. We think that they have been naive in their trust in rugby authorities and have suffered the backlash.

However, rules when applied have to be lived with. Relegation will provide opportunities for the club to rebuild which it would not otherwise have had. To prune and cone back stronger. This has happened to Manchester City and Wolves in football. So it can be a good and humbling time.

We hope fans will continue to attend. The prices may well be more attractive as well. This should mean that the Broadway, the local shops. Pubs. Restaurants and Rugby clubs stay busy.  The new clubs to play will be very welcome in Mill Hill and we hope they will come and sample our shops. Pubs and restaurants next season.

So this is not the end. It is a new beginning.

The new West Stand should be built ready for our hopeful return in the Autumn of 2021.  The clubs youth will be ready as well to give their best next season and as the club starts again to try to qualify for Europe and win trophies again.

Together we can do this.  It has been good to see all local sites back Saracens today. A show of unity.  Our small area needs this club and has been a major beneficiary of its success. Keep the faith.

The 2020 MILL HILL GUIDE is now available online at the Guides website Well worth a read featuring shops, businesses and pubs/ restaurant ... 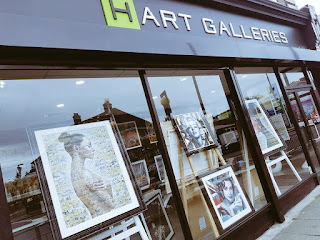